Familia Deicas discovered a treasure on the grounds of their establishment.

There. Right there. A wonderful treasure was exposed for almost 300 years without anyone noticing. Many walked among its gems. Thousands of eyes rested on them, without realizing the reflection of their wealth. They just needed someone to pull the cord to draw the curtain.

Someone did. Step by step, with great curiosity and persistence, Juan Carlos Deicas —founder of Establecimiento Juanicó, one of the most important wineries in Uruguay— investigated until he was able to find and display each of the relics, that without his knowledge, were in his own home.

Juanicó is on national Route 5, on the border between the departments of Canelones and Montevideo. The San José farm, where the Canelón Chico and Gigante streams meet, was the place chosen by the Jesuits to establish their operational hub in the “Banda Oriental” – Eastern Bank.

That farm was the center of a huge ranch of over 400,000 hectares —known as “De los Desamparados” or “La Calera”— which was granted to the Society of Jesus by the Council of Montevideo in 1745.

At this point, the great hero of this story, the Jesuit priest Cosme Agulló, emerges. The key role of this Spaniard in the Jesuit presence in the eastern territory was noted by Dr. Carlos Ferrés in his book, “Colonial Period – The Society of Jesus in Montevideo”, but became even more evident in the research carried out by Deicas.

Agulló was born in Alicante in 1710 and arrived at the River Plate in 1734. Two years later he was ordained a priest. In 1744, upon the recommendation of Commander Domingo Santos de Uriarte, King Felipe V authorized the establishment of the Jesuits in Montevideo. Agulló began traveling shortly after, on horseback and by carriage, through the dangerous countryside of the southeast of the Eastern Bank. He was looking for the ideal place to establish his project, intended to support the missionary activity in the territory. In 1746, when the Jesuits were officially established in Montevideo, Agulló was appointed procurator of the Society. Along with two other religious men who accompanied him upon his arrival, they founded the first Residence, where today would be the intersection of the streets Sarandí and Zabala. However, his greatest work would be beyond walls. It is what brings us here. 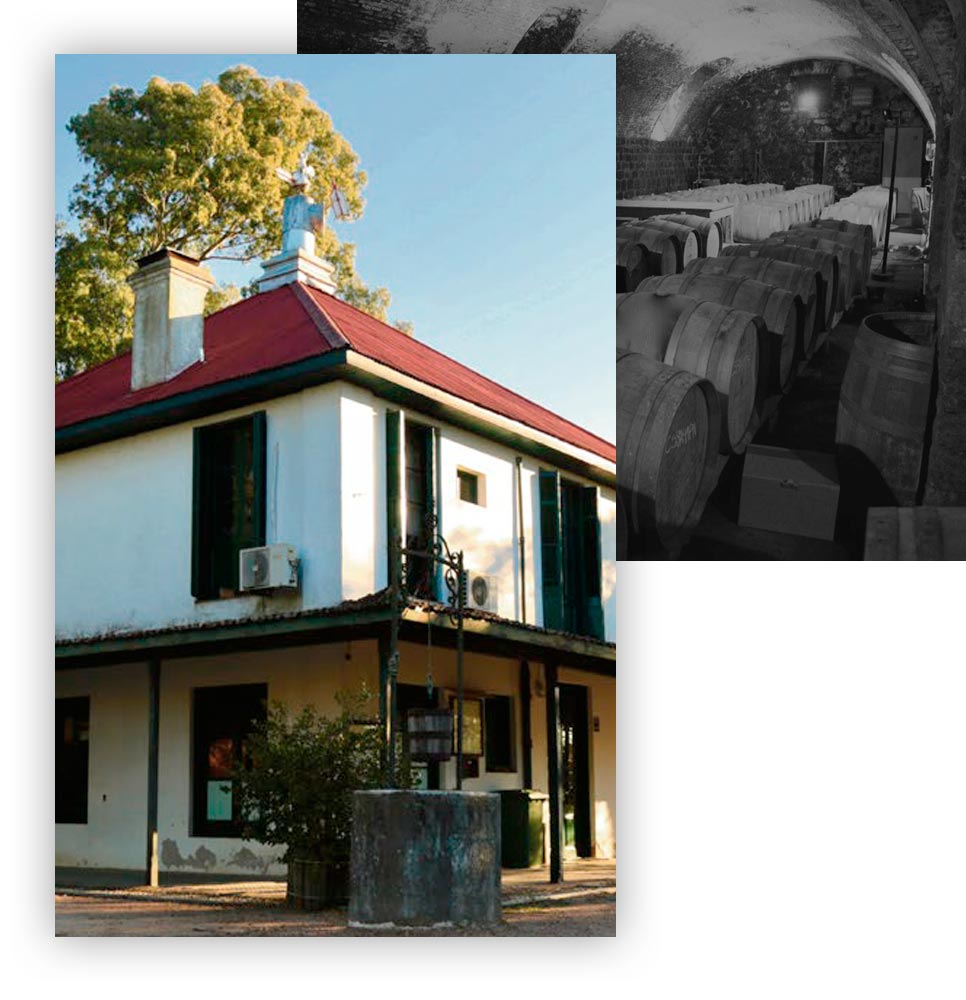 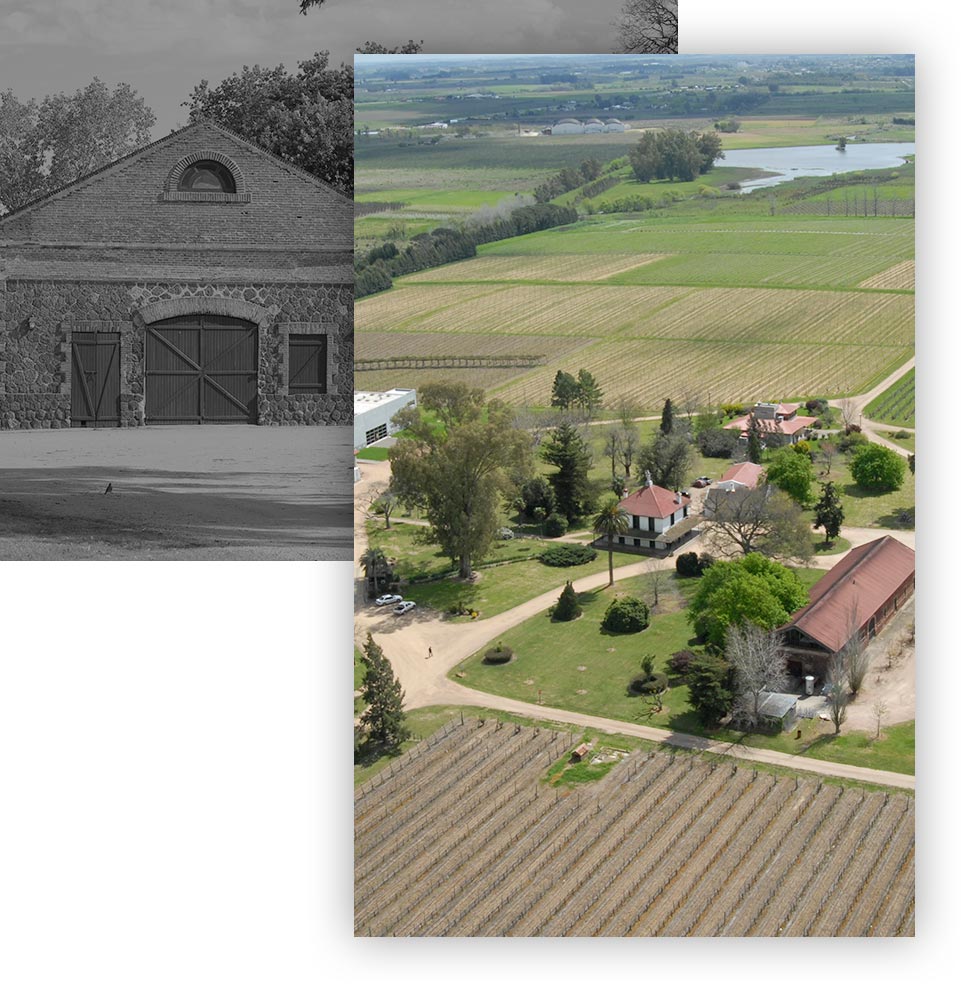 The San José farm had a strategic location, which was why it was chosen by Agulló. Close to the port and in an elevated sector, it allowed its inhabitants unhindered surveillance to anticipate any attacks by Indians and outlaws. The proximity to the Fort brought an additional security advantage of royal troops’ patrol. The convergence of the waterways carved a natural corral for the farm “De los Desamparados”, where the cattle gathered intuitively, almost effortlessly. In other words, an unbeatable place to carry out the final steps of production on this large farm. Agulló was not only a cultivator of souls, which led him to gain the trust of hundreds of Native “Tapes” people, who chose to be under his protection and work at his side. He was also a creative genius and a successful entrepreneur.

What follows is just a glimpse of some of his many endeavors from the five years he was here. He founded the first Jesuit school in Montevideo, built a lighthouse on the “Cerro” Hill —at the request of the Council, which was alarmed by the number of shipwrecks— and built a flour mill in Paso del Molino, also the first in the developing city. He also taught production and work practices in various areas. Don Cosme spread agricultural practices, fundamentally oriented to the cultivation of wheat, corn and other grains, to ensure continuous supply to his mill. He also applied an advanced method for the production of mineral lime —which he used in the “de los Desamparados” Farm— and disseminated techniques for the manufacture of square tiles and bricks, used in the colonial houses. As if that were not enough, for several years and at a costly price, he supplied meat to the people of Montevideo and the troops who went on patrols to maintain order. However, there is still an important missing piece – his work at the San José farm.

In 1979, the Juanicó winery took root in the central farmhouse. Years later, a complex of notoriously aged buildings were incorporated into the operation of the establishment. The buildings were strong, resistant and efficient. The questions were obvious: by who, when, and why had they been built? Deicas slowly pieced together the puzzle until one day it became clear. His son Fernando, the head of the Establishment for several decades, captured an undeniable image from his drone. Right before his eyes the great work of Agulló was revealed.

30 kilometers from Montevideo and La Calera, the priest founded what today could be defined as a logistics-productive hub, a business center for the Jesuit work in the Eastern Bank, unmatched in the entire territory where the Society had settled. All operations went through there. Meat, headed to the Fort and hides and fat, exported through the port, would exit the farm. Inversely, the first station received carriages and herds of oxen and horses. A defense outpost —with well-armed natives— functioned as a safe deposit for the Society’s imports and exports. 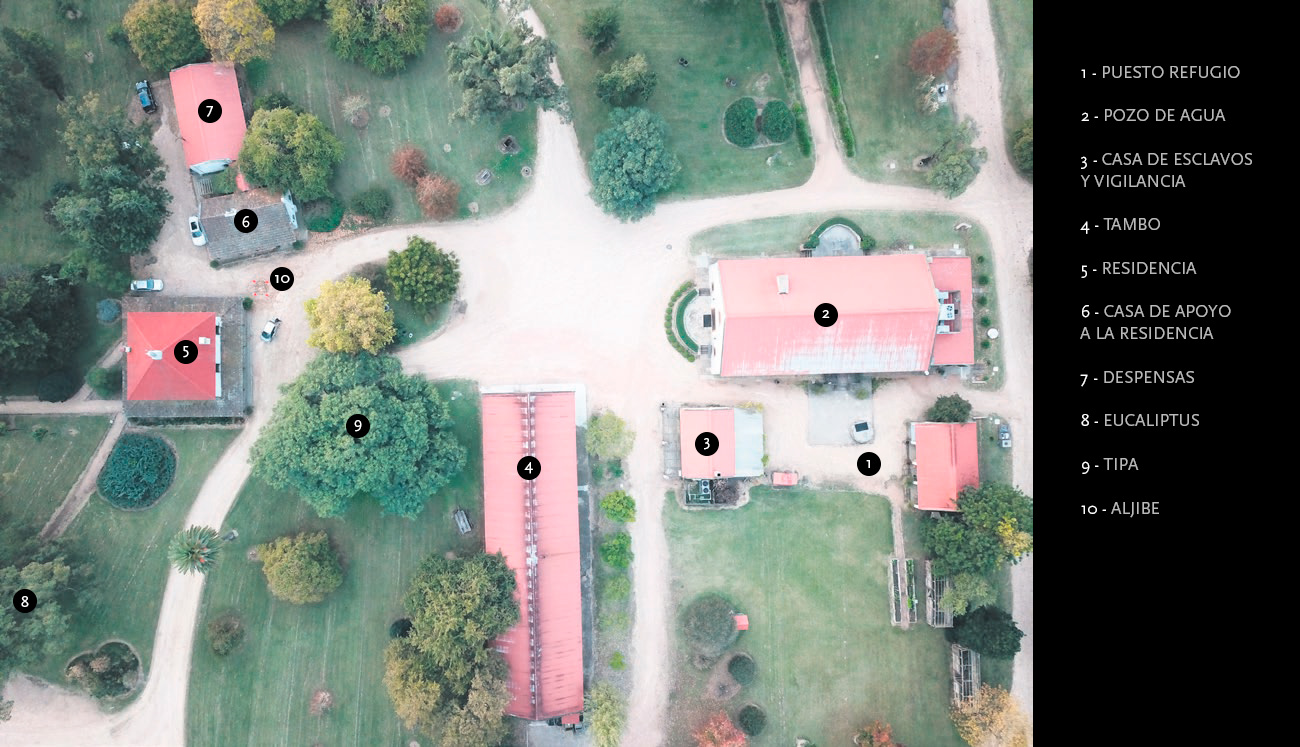 The complex is within a 150 square meter area, barely 2.25 hectares on a property that encompasses 434. The jewel of the Jesuit work in Juanicó is the Outpost-Refuge, a building of carved stone and vaulted ceilings like that of a cathedral, which extends eight meters underground and maintains a constant temperature of 17 degrees Celsius, with 78% humidity. It served as a refuge for the religious, natives and slaves in case of attacks, as storage for different goods —including modern weapons— and as a “refrigerator” for the dairy production that was developed in the establishment. It is currently the Preludio Cellar, where the flagship wine of Familia Deicas is produced.

Ten meters from the wine cellar is an enormous shed where the dairy farm operated at a 100 dairy cow capacity. There, the Jesuits made Tafi cheese with their own formula that has survived to the 21st century and whose production stands out in the Argentine province of Tucumán, under the Society members’ influence. The wine cellar and shed were used in the first decades of the 20th century by the dairy farm in the country at that time, the Holstein Establishment, founded by Bernardo Methol in 1918. This dairy farm was recognized not only for the quality of its dairy, but also for the advanced infrastructure of its buildings.

The complex concludes with a magnificent two-story residence, where the religious people who came from different missions to carry out spiritual retreats stayed; a house for the service personnel —an enslaved couple— the guard post and the pantry.

As further testimony to the magnitude of the complex, there is a reservoir —with a horizontal and vaulted water well, plus its wellhead— that descends under the residence. This well is part of a network of 26, through which the ranch met the needs of its inhabitants, travelers and animals. Lastly, there are two tercentenary trees, a Eucalyptus and a Tipa, described in writings as guideposts for travelers, which Fernando Deicas’s drone accurately identified.

The investigation, based on bibliographical sources and official documents of the Uruguayan State, continues. It recently reached the archives of the Vatican itself, with the collaboration of the director of the Historical Archive of the Society of Jesus (ARSI), the Uruguayan priest Raúl González, and the prominent historian Sergio Palagiano, who works in the same archives.

The project made it possible to find an unpublished document, written in ancient Italian, that records Agulló’s life from beginning to end. This invaluable document, which gathers information brought to Rome at different times and by different “chroniclers” of the Society, was translated by Gonzalo Aemilius, a Uruguayan priest who is pursuing a doctorate at the Gregorian University in Rome.

The Archbishop of Montevideo, Cardinal Daniel Sturla, and the rector of the Catholic University, Jesuit priest Julio Fernández Techera, a specialist in the history of the Society in the 19th century, were already informed of the discovery and toured the facilities. Juanicó preserves a unique world heritage from a historical, cultural, social and religious standpoint. Is there something else, still hidden? Probably. Deicas continues to search for traces of the chapel, which was temporarily set up near the residence for worship.

While the investigation continues, someone tells a story on the shores of the lake where a great variety of native and migrant birds bathe. It says that on spring afternoons, when the sun dyes the Juanicó sky different shades of orange, a wonderful choir arises from the forest, with the same celestial songs that the Tapes Natives sang when they returned from work with their doctrinal priest.